These a meme I saw recently that goes something like this:

I’ve got to say, it does seem like I blinked and the year is almost finished. 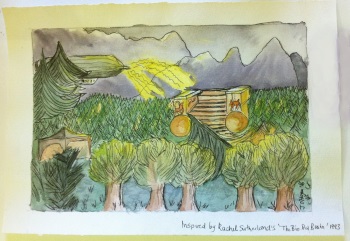 The Herbalist’s Daughter (in Tied in Pink) was my first published story. I now have seven short stories and over eight poems published. It’s been an exciting two years 🙂 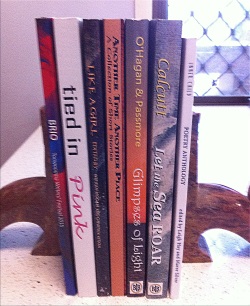 I’m planning on publishing Lakwi’s Lament (a short story originally published in Like a Girl anthology Dec 2015) in January and hoping to have the sequel to Heart of the Mountain edited and published early next year.

So far all my stories (with the exception of Sandy:Perfect Plans in Let the Sea Roar and, possibly, Space Junk in Genre-lly Speaking) are set in the world of Nardva – though often in different places, times and/or cultures. 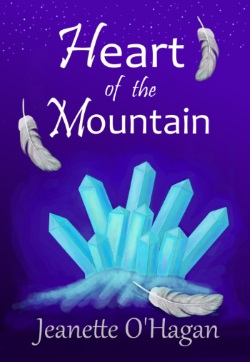 I’ve also been chuffed with some fantastic reviews of Heart of the Mountain: a short novella both on Amazon, Goodreads and different blogs.

“She (Jeanette O’Hagan) skillfully weaves plot and developing relationships into a gripping, high stakes tale and wraps it up lickity-spit with a satisfying conclusion that leaves you keen to read more.” M. Adams, Goodreads

“This is an intriguing novella with a richly detailed storyworld.” R. Rodda, Goodreads

“Jeannette O’Hagan takes readers on a fast paced adventure of intrigue, mystery and action. She leaves us wanting more. The fantasy world that O’Hagan has created has depth and originality with a rich history and fascinating characters.” L. Painter, Goodreads

and many more on Goodreads

“Jeanette O’Hagan creates a world rich in lore and mystery.” K. Beaumont on Hunters of Reloria

If you have read and enjoyed Heart of the Mountain, I’d love you to leave a review (it doesn’t have to be long). And if you haven’t read it yet, copies are available on Amazon, Barnes and Noble, Kobo and other outlets. 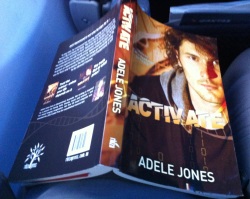 While there has been a lot of sadness and tragedy during 2016, and some challenges for myself and my family – it has also been a year with lots to celebrate and appreciate. I treasure the support and encouragement of my readers and fellow writers.

Wishing you and your families a Christmas time and New Year – full of joy, peace and love.

Would you like to keep up to date with my latest releases, writing progress, giveaways, deals, reading tips, and more?

If so, sign up to my monthly newsletter below.

As a thank you, I’ll send you a free short story set in the world of Nardva.

My Books on Good Reads

Tied in Pink: A romance anthology in support of Breast Cancer Research

This website uses cookies to improve your experience while you navigate through the website. Out of these, the cookies that are categorized as necessary are stored on your browser as they are essential for the working of basic functionalities of the website. We also use third-party cookies that help us analyze and understand how you use this website. These cookies will be stored in your browser only with your consent. You also have the option to opt-out of these cookies. But opting out of some of these cookies may affect your browsing experience.
Necessary Always Enabled
Necessary cookies are absolutely essential for the website to function properly. This category only includes cookies that ensures basic functionalities and security features of the website. These cookies do not store any personal information.
Non-necessary
Any cookies that may not be particularly necessary for the website to function and is used specifically to collect user personal data via analytics, ads, other embedded contents are termed as non-necessary cookies. It is mandatory to procure user consent prior to running these cookies on your website.
SAVE & ACCEPT